INTERNATIONAL PARLIAMENT FOR SAFETY AND PEACE

THE LEGAL CONSTITUTION OF THE INDIAN NATIONS OF NORTH AMERICA

The first step taken at the convention of the delegates of the Indian Chiefs held at Ottawa, on June 7, 1944, in the Y.M.C.A. building, was to elect an acting President; therefore, James Fox was chosen as such. The acting President asked the leader of the convention to take the floor and explain the rules and regulations which are to constitute the fundamental basis of the legal Constitution.

The leader of the convention, Jules Sioui, submitted the following explanations:

Secretary of the League: Jules Sioui

Click here for a more precise explanation to further understand each article of the constitution; each is in the same order and numbered as such

Granted to Indians, Inuit’s, Métis persons and those naturalized to live under the tutelage of sovereign Indian nations and governments.

Whereas We have taken into Our Royal Consideration the extensive and valuable Acquisitions in America, secured to our Crown by the late Definitive Treaty of Peace, concluded at Paris the 10th Day of February last; and being desirous that all Our loving Subjects, as well of our Kingdom as of our Colonies in America, may avail themselves with all convenient Speed, of the great Benefits and Advantages which must accrue therefrom to their Commerce, Manufactures, and Navigation, We have thought fit, with the Advice of our Privy Council. to issue this our Royal Proclamation, hereby to publish and declare to all our loving Subjects, that we have, with the Advice of our Said Privy Council, granted our Letters Patent, under our Great Seal of Great Britain, to erect, within the Countries and Islands ceded and confirmed to Us by the said Treaty, Four distinct and separate Governments, styled and called by the names of Quebec, East Florida, West Florida and Grenada, and limited and bounded as follows:

The first meeting of the League of Indian Nations held in western Canada, hosted by the Keeseekoowenin/Okanase people circa 1920. 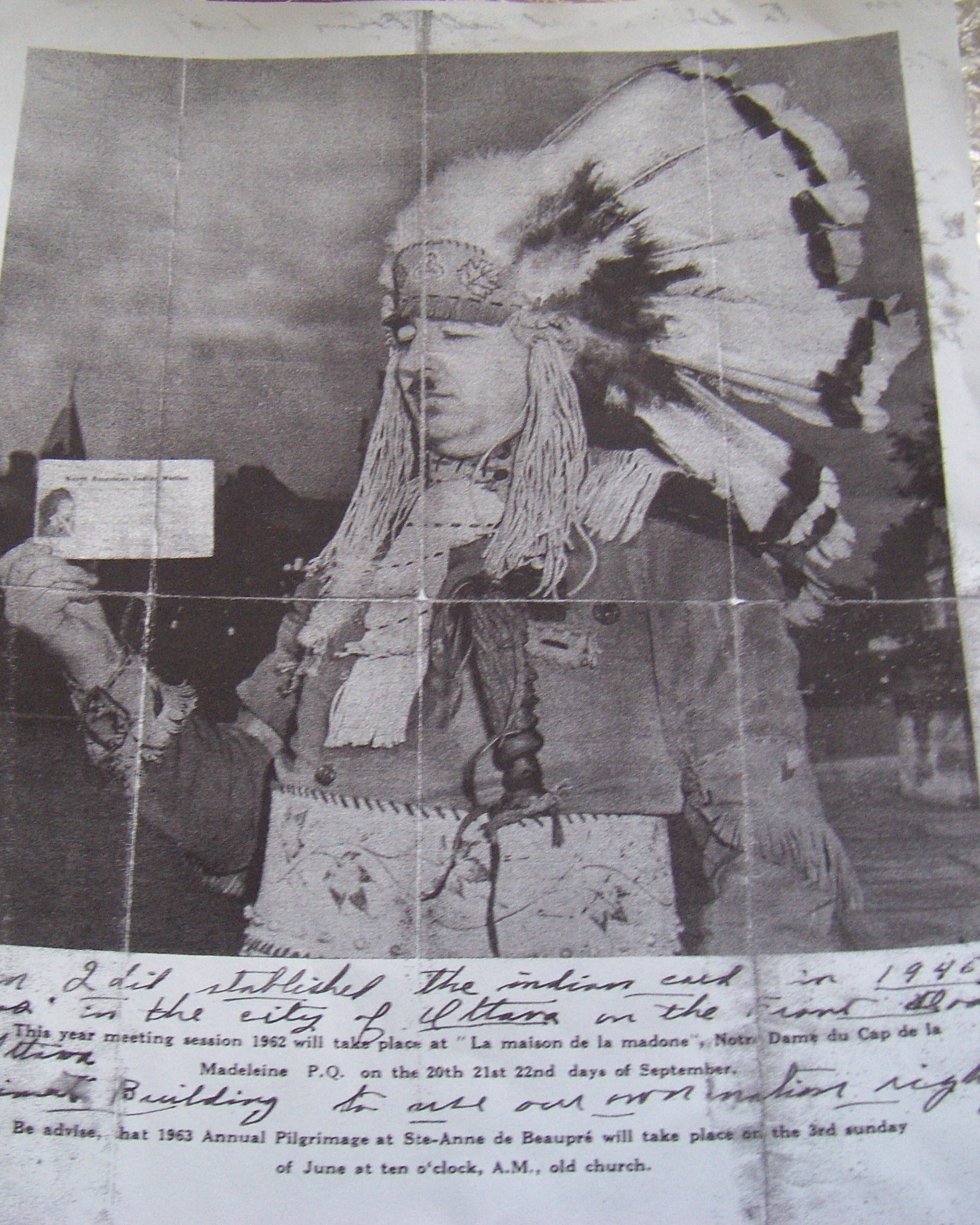 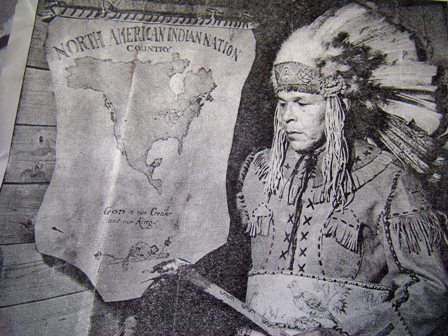 The first meeting to the League of Indian Nations in western Canada was held on the Keeseekoowenin Indian Reserve, circa 1920. The League of Indian Nations- modeled after the League of Nations, the precursor to the United Nations – was organized in eastern Canada by Native veterans that returned from World War I. The Royal Canadian Mounted Police (RCMP) attempted numerous times to disrupt the organization because the Canadian government had laws in place that made it a crime for Native people to organize politics and conduct political activities. According to local elders, the RCMP came to disrupt the meeting, but arrived the day after the meeting concluded and all the delegates had already left.

The League of Indian Nations of North America

The second session of the North American Indian Nation Government was on the 15, 16, and 17 of September 1947, at the Wolverine Hotel in the City of Detroit Michigan, USA.

Some of the names listed in it are:

It’s Headquarters for 1947-48 were in Loretteville Quebec.

In the nineteenth century many Canadians took pride in their country’s policy of liberal treatment of Indians. In this thorough reinvestigation of Canadian legal history, Sidney L. Harring sets the record straight, showing how Canada has consistently denied Aboriginal peoples even the most basic civil rights.

Drawing on scores of nineteenth-century legal cases, Harring reveals that colonial and early Canadian judges were largely ignorant of British policy concerning Indians and their lands. He also provides an account of the remarkable tenacity of First Nations in continuing their own legal traditions despite obstruction by the settler society that came to dominate them.

The recognition of ‘pre-existing Aboriginal rights’ in the Constitutional Act of 1982 has shown that Aboriginal legal traditions have a definite place in contemporary Canadian law. This study clearly demonstrates that Canadian Native legal culture requires further study by scholars and more serious attention by courts in rendering decisions.
About the Author
SIDNEY L. HARRING is Professor of Law at CUNY Law School, Queen’s College, City University of New York. He is the author of Crow Dog’s Case: American Indian Sovereignty, Tribal Law, and United States Law in the Nineteenth Century.

Indian Government and the Treaties

(A final option for specific protection of treaties under the constitution may be the last international forum. The following is a brief summary of pertinent facts.)

Indian people on this Continent have always had Indian Government; we have used it to occupy this land and to assert our inherent Sovereignty, which has its roots in our people and their culture. All political powers affecting us, our land and resources must come from that Sovereignty.

These Governments exercised their full authority over their territories prior to the coming of the Europeans to this Continent. Our forefathers agreed to join the Confederation subject to certain rights, lands and resources being reserved to our people in perpetuity in recognition of our status as the original rights that came into being when Canada was created.

Aboriginal rights and Indian self government are of such a fundamental character to the well being of  a people that no subsequent relinquishment of those rights without the people’s consent has any legal effect. They take precedence over and above that kind of legal claim. Indian people have never consented to the relinquishment of their status as Indians or of their special rights to Indian Government.

Some of our people have loosely structured Governments and others had hereditary systems in which local or band leaders exercised most political powers. Most Indian Governments were democratic and power rested in the people and this power was distributed among several individuals or institutions. For economic and military reasons it was sometime necessaty to delegate this power to a higher governing council, composed of a head chief and a number of band chiefs. Among the Cree and Saulteaux tribes for example, Band Governemtns were composed of family unitsand their headmen, Societies and their headmen, headmen councils, elder’s councils, the peacemaker, and, the chief who was selected by the elders and headman councils.

For the rest of the article please click on the links below.