Unanimous ruling says Ottawa has jurisdiction over all indigenous people

UN Declaration on the Rights of Indigenous Peoples

“When the school is on the reserve, the child lives with his parents who are savages; he is surrounded by savages and though he may learn to read and write, his habits and training and mode of thought are Indian. He is simply a savage who can read and write.”

That was our first prime minister, Sir John A. Macdonald, speaking in the House of Commons in 1883, rationalizing the residential schools where aboriginal children were consigned to be cleansed of their Indian-ness.

Of the 150,000 who suffered that fate, many were sexually abused. Many were starved to be used as guinea pigs for nutrition experiments. Not until 2003 did Ottawa acknowledge the horror. In 2008 it formally apologized. More than 100,000 former residents have since been compensated from a $1.9-billion fund. A Truth and Reconciliation Commission has been hearing from survivors and examining 3.5 million documents, earlier withheld by Ottawa.

Thatgenocidal practice was but one element of a vast infrastructure of racism designed to keep “the white people, pink people, at the top,” writes John Ralston Saul, author, philosopher and Canada’s pre-eminent public intellectual.

“Canadians of European origin decided that ‘Indians,’ ‘half-breeds’ and “Esquimaus’ were among the destined losers when faced by our superiority, our Darwinian destiny. And so we set about helping them on their way to oblivion.”

The 1876 Indian Act deemed First Nations people as legally inferior. Later amendments banned them from leaving their reserves without permission, wearing aboriginal clothing off-reserves or performing the Sun Dance or the Pot Latch ceremony of feasting and gift-giving, or hiring lawyers (so they would not pursue land claims). They weren’t allowed to vote until 1961. Of the 60 indigenous languages, today 45 are in danger, a national tragedy.

Yes, our treatment of its aboriginals “cannot be compared to the war, violence, massacres and slavery seen in the United States, Mexico, Central and South America, and the Caribbean, or even Australia. But there is no honour to be had from those comparisons,” says Saul, in his new book, The Comeback.

The title refers to the rising legal, political and social power of the Aboriginal Peoples, as seen in the 2012-13 Idle No More protests across the country against the policies of the Stephen Harper government.

The book is the most powerful indictment I’ve read by a non-aboriginal person of our ongoing indifference to Ottawa’s refusal to settle “the single biggest unresolved issue” of our time.

Saul calls the book a pamphlet, at 180 pages an afternoon read. Yet he pricks your conscience so much that you pause often and think long and hard about how we, as citizens, are complicit in Ottawa’s still colonial behaviour towards our indigenous peoples.

The media tell us only about alcoholism, glue-sniffing, Third World poverty, aboriginal over-representation in jails, the unsolved murder or disappearance of 1,180 aboriginal women, and the profligate ways of some chiefs, which the Harperites publicize to suggest that’s the norm among Indian leaders.

The problem is not the Aboriginal Peoples. It is us.

We are either indifferent to the indigenous peoples or sympathetic to them. But they do not want our sympathy. They want their rights — as spelled out in the treaties between them and the Crown.

Those “permanent nation-to-nation agreements” are what made Canada possible on the triangular foundation of aboriginals, Francophones and Anglophones. The indigenous peoples gave massive tracts of lands in return for a permanent partnership of equals.

Yet “we pretend that we do not have partnership obligations. We criticize. We insult. We complain. We weasel: Surely, these handouts have gone on long enough. But the most important handout was to us. ”

What’s to be done?

Stop fighting land claims and wasting hundreds of millions of dollars of taxpayers’ money. The Supreme Court and lower courts have repeatedly ruled in favour of the aboriginals. Yet “you and I are paying government lawyers to … act like rapacious divorce lawyers.”

Gut the federal Department of Indian Affairs, which “has neither ethical nor moral credibility.” Cut out the federal Justice Department lawyers. Settle the land claims. “No aboriginal is saying you have to leave your home in Mississauga.” As for the resource-rich lands up north and in the interior of B.C. and elsewhere, those are best managed by those who live there and feel strongly about, rather than greedy corporations whose few dozen directors sit in Toronto or New York.

Give Aboriginal Peoples on-site jobs in resource extraction — and equity that will give them “the influence to introduce different business models.” The new wealth would help tackle poverty and other ills.

Allocate federal resources, the way Ottawa did for Quebec, starting in the 1960s, to turn English-French relations around. “It took 30 to 40 years of painful work to set that right.”

Force federal and provincial governments to “let go of their paternalistic mindset. Aboriginals are not wards of the state. They don’t need charity. They want the power that our own history says is theirs by right.”

Failing all this, expect years of conflict ahead. “Aboriginal frustrations are reaching dangerous levels. In five to 10 years, the outcome will be out of control — we don’t know what that outcome would be. It could be violence. It could be non-cooperation with corporations wanting their resources.”

If we don’t come to terms with the Aboriginal Peoples, the issue would be “increasingly problematic for the existence of Canada.”

Riel is a controversial figure in Canadian history

Talking circles help Urban Natives connect with their own heritage.

Residents of St. Theresa Point First Nation have lived with no running water for years. Safe drinking water years away.

First Nations ask for state of emergency in fire crisis

Status Indians could be extinct

Canada is one of 16 of Queen Elizabeth II’s realms that met her Friday and agreed to changes proposed by British Prime Minister David Cameron to update the laws of succession set out in the 1601 Acts of Settlement.

Minister orders new management for northern town . “They’re penalizing us for helping our own people,”

Blaming chief won’t solve problem. It seems likely that Chief Theresa Spence has mismanaged funds and is partly responsible for the low standards of living in Attawapiskat , but does it matter?

Mr. Regis who is enforcement manager for the MNR contacted our office to inform us that as of today they may charge our members for Hunting and fishing. 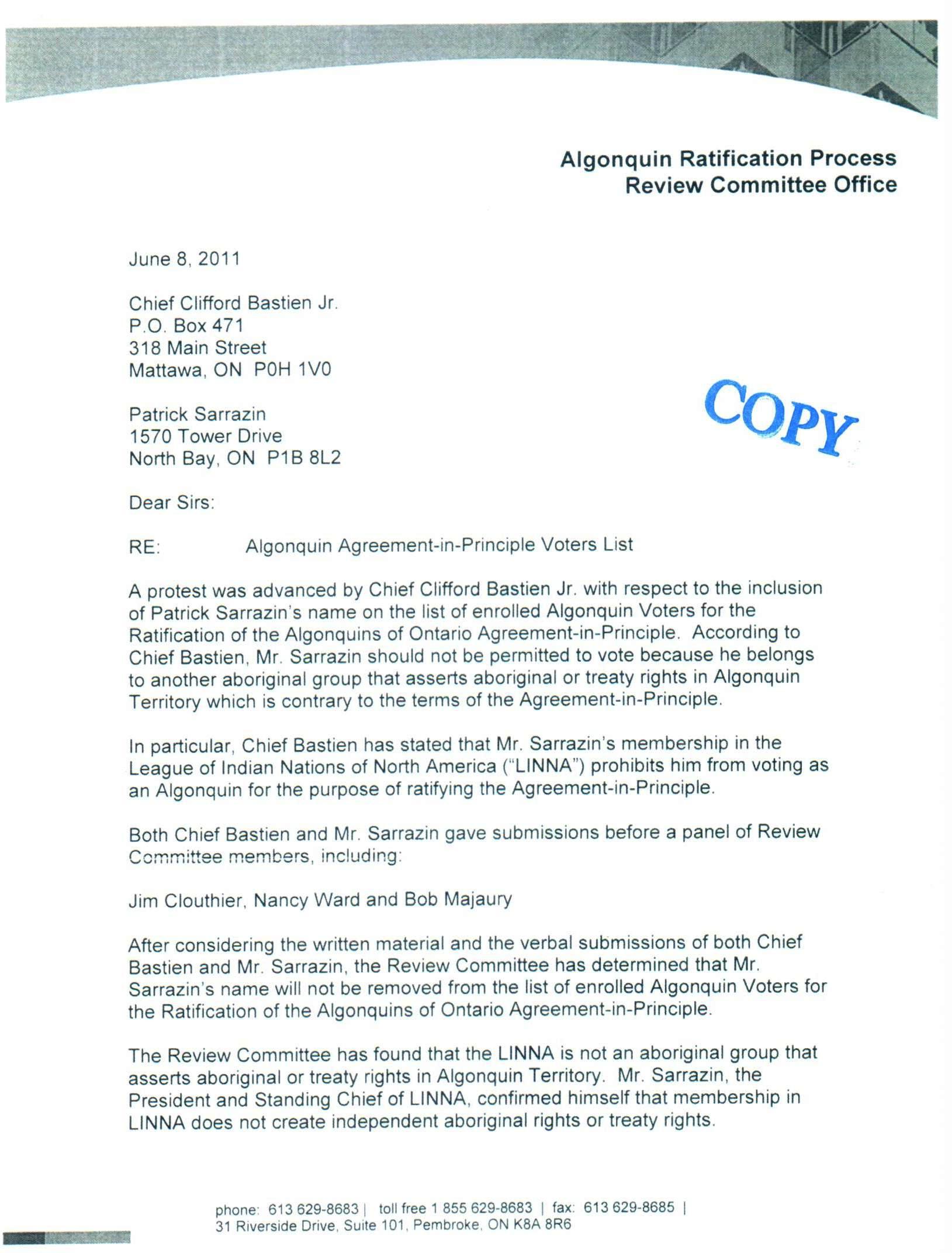 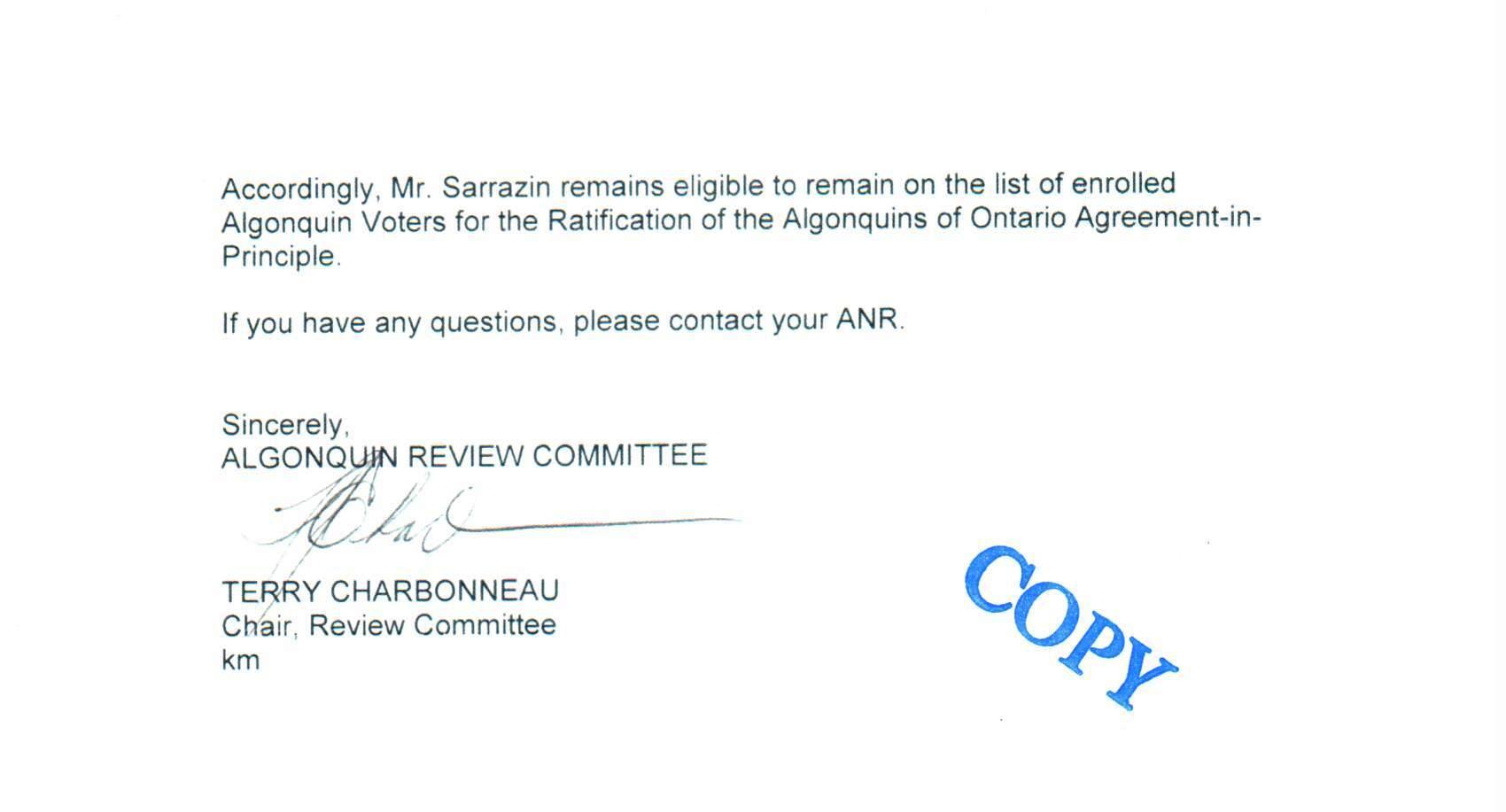 Article that was posted in the New York Times On May 13,2011 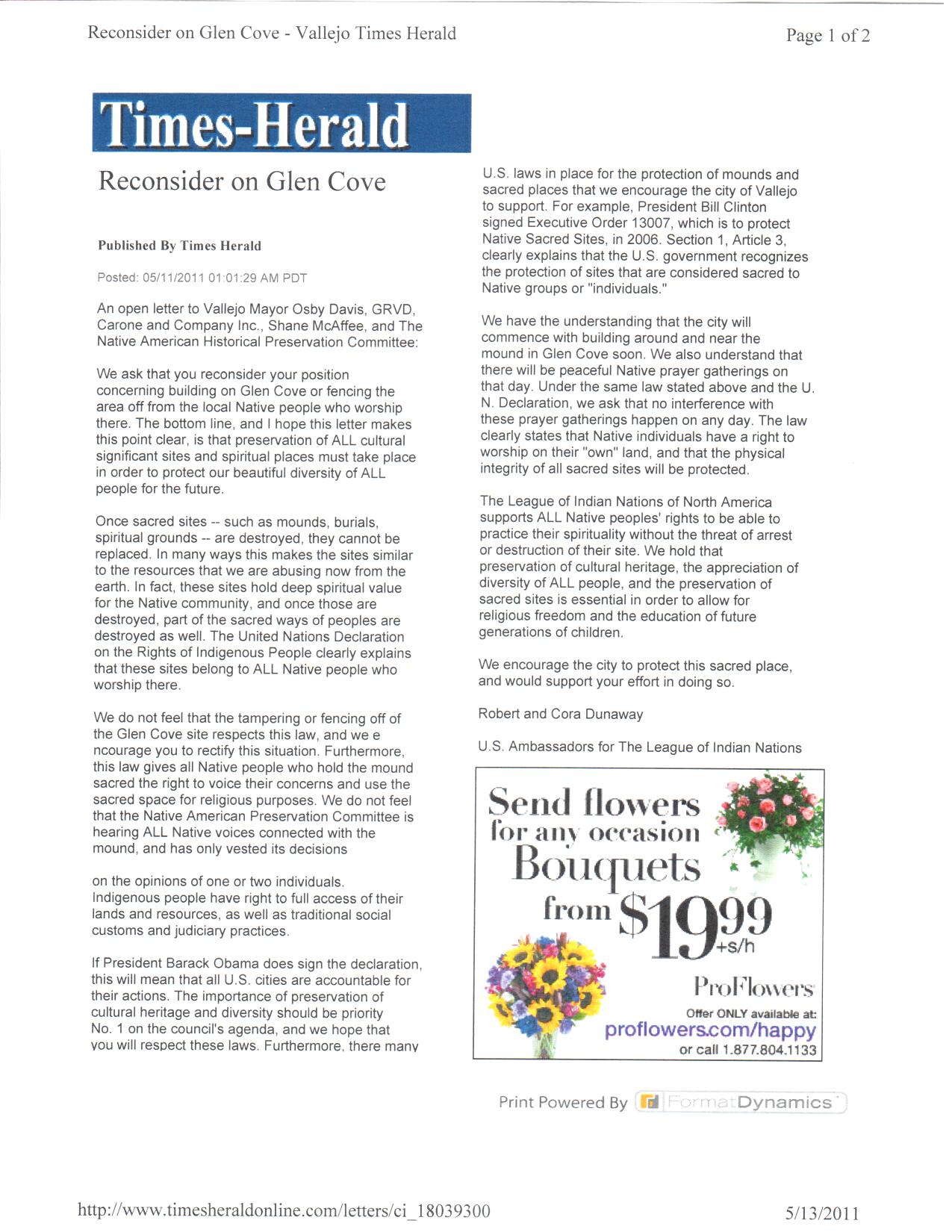 ♦HST will be exempt effective September 1st  please keep in mind that it is still to the stores discretion to accept the card.

“UNITED WE STAND DIVIDED WE FALL”

LINNA is proud to inform the members that Our Supreme Grand Chief Dr. Patrick Sarrazin has been appointed two positions with the Intergovernmental Organization of the States.

1- DEPUTY MEMBER OF THE NATIONAL ASSEMBLY

2- DIPLOMATIC COUNSELOR FOR ALL INDIAN NATIONS

3- DIPLOMATIC PASSPORT FROM THE INTERNATIONAL PARLIAMENT FOR SAFETY AND PEACE 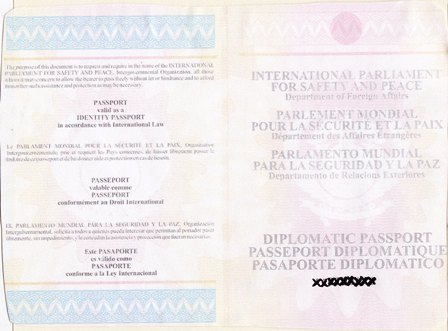 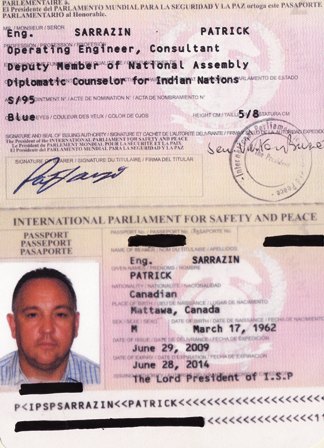 Supreme Grand Chief Dr. Patrick Sarrazin and Councel would like to Thank Viktor Busà and The Intergovernmental Organization of the States  for the appointments We are honured to be walking in unity with the International Parliament for Safety and Peace.

LINNA would also like to thank the Federal Government of Canada for there role in securing a place in History for the Anishnawbe People. 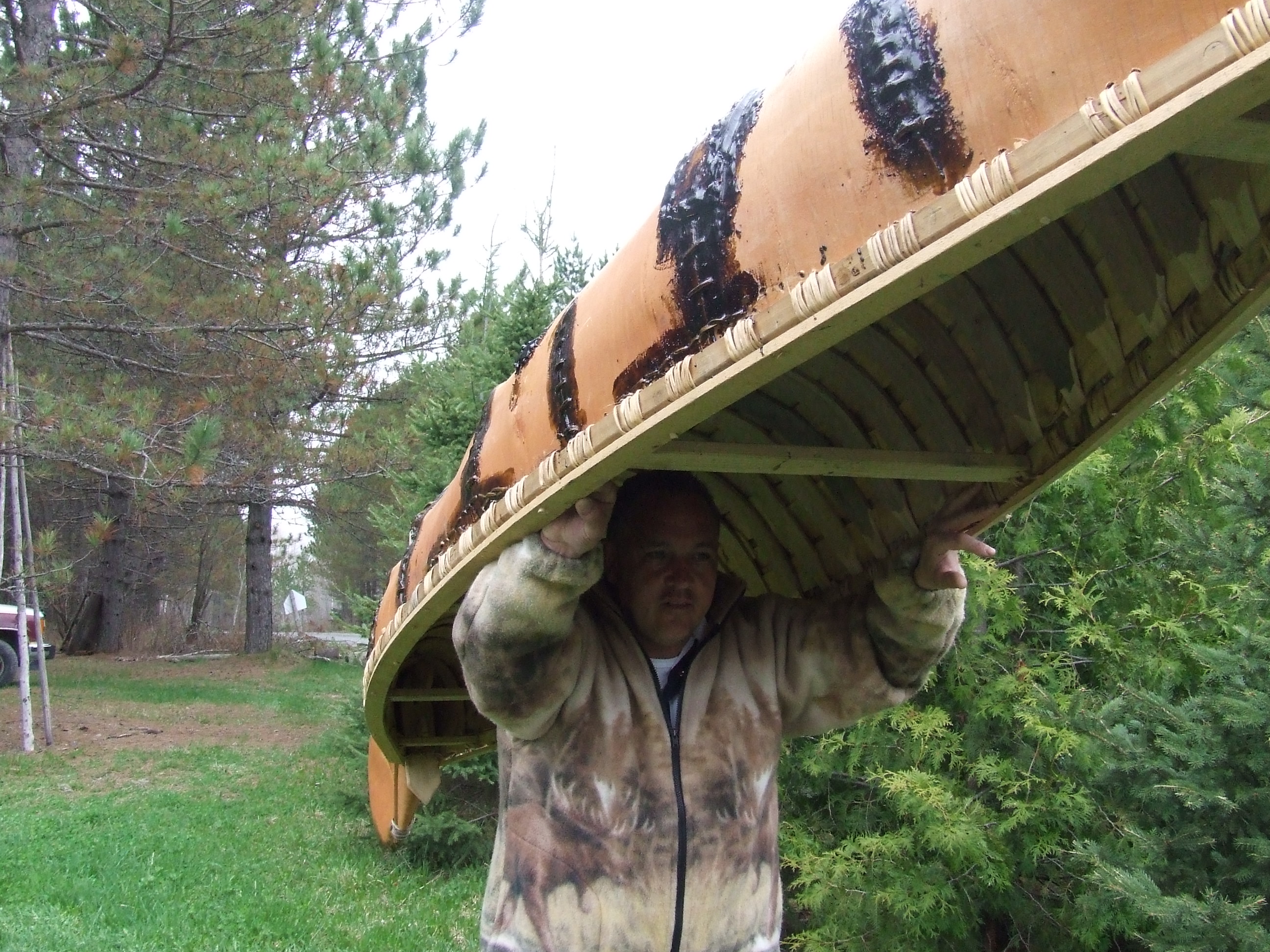 Caneo was made by  ( Makwa konse) 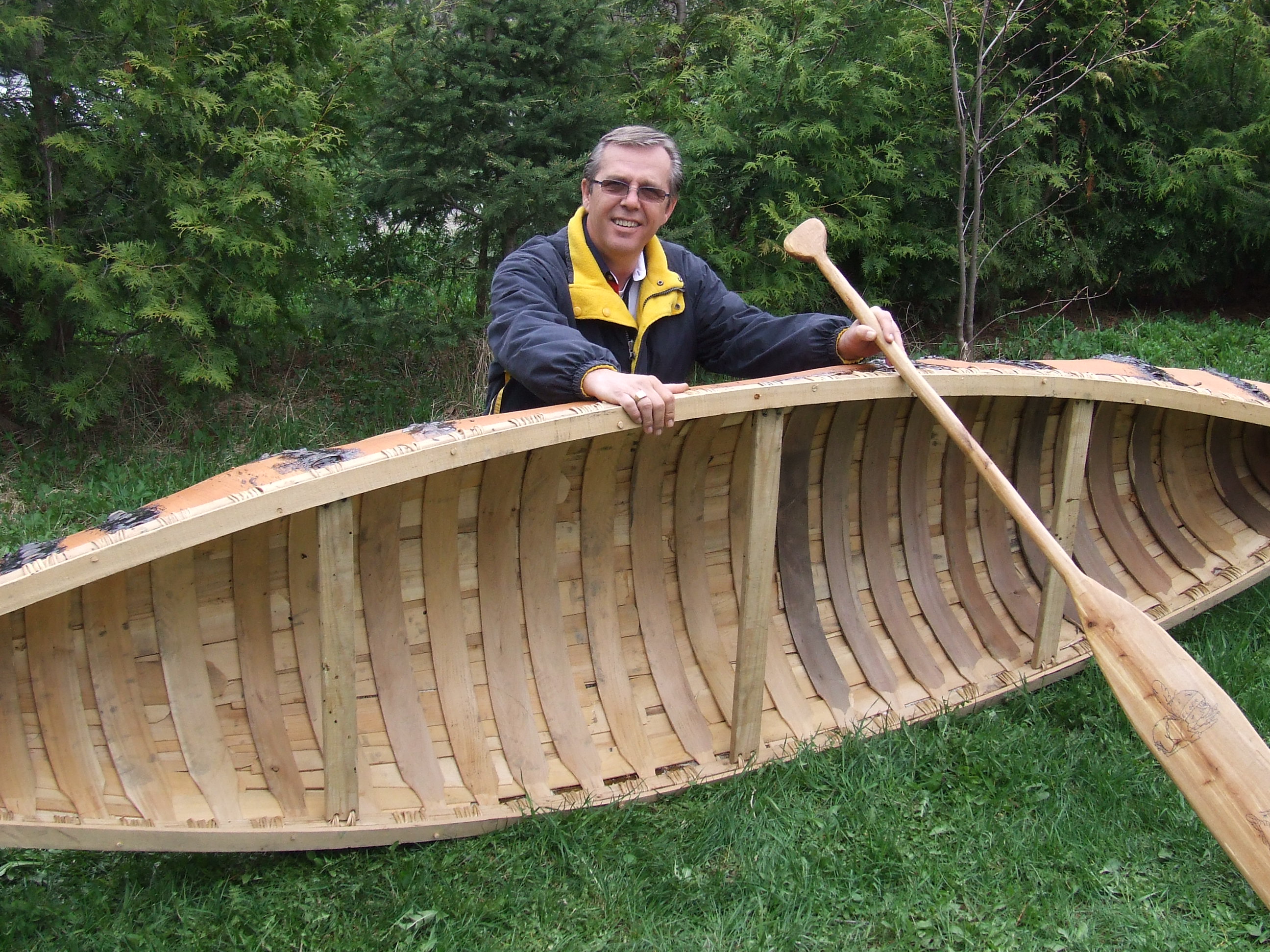